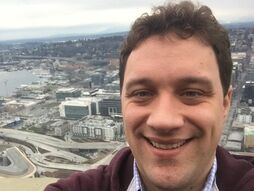 Pastor Daniel Pollin
​
Daniel is a native of Northern Ireland. After a brief spell in Seattle he came to Coastline Community Church, Pittenweem, in 2010. He and his wife Malin love the East Neuk and getting out and exploring the area. He loves reading, hiking & exploring. He can be found most Sundays with a cup of tea and blethering.
​ 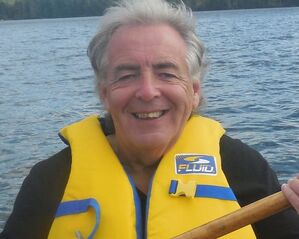 Rev Bill Macdonald​
​
Bill was brought up in Lanarkshire and spent eight years in retail management before studying for the Baptist Ministry. He was Baptist minister in Cupar for 29 years.Bill studied music and plays anything with black and white keys. He has been church organist and been involved in leading worship, composing and performing since his early teens. Apart from music his other interests are photography and driving anything which moves on land or sea…quickly.
He is one of the Regional Pastors for the Baptist Union of Scotland and spends much time travelling round the country preaching and playing.
Bill has been married to Morag for 43 years and they had one daughter Angela who sadly passed away at the age of 31. 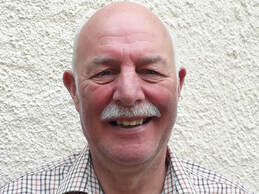 ​Rev Frank Murray
​
Frank was brought up in Cumbernauld. He was a Primary Teacher for 30 years including 3 years in Cyprus. He then trained for the Baptist Ministry, spending 9 Years in Broxburn, West Lothian. He enjoys the outdoors, woodworking and reading. He is supposedly retired, but still preaches and does chaplaincy work with the Fire Service.

Frank and Christine have been married for 48 years and have 2 boys Scott and Craig. 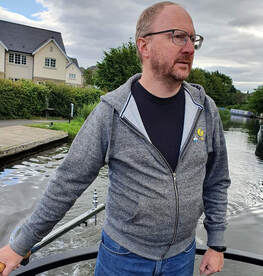 Dan lives in Camelon, Falkirk, in the shadow of the Falkirk Wheel, with his wife Carol-Anne and 3 daughters, Kathryn, Hannah and Isla.  Prior to moving there in 2016, the House of Rous had been located in Glenrothes for 10 years where they were members of The Salvation Army.. Dan is originally from Canterbury but moved to Scotland in December 2002 with Carol-Anne who is originally from Perth.  They married in 2004.

By day, Dan is the Fundraising and Development Officer for Work Place Chaplaincy Scotland and in his spare time, he is supporting a new community group to be established on the Forth and Clyde Canal, using Canal Barges as a base and resource for community activity.


Currently, Dan and Carol-Anne  are helping the team that are establishing a new Vineyard Church in Cumbernauld and are excited to see where this might lead.  They both have a passion for worship and for coming alongside people so they can reach their God given potential.
​ 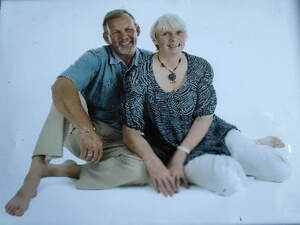 Keith Poole
​
​Keith is from a small village in Essex and moved to Scotland in 1979 with his first wife Linda and only daughter at the time. He was originally in retail and moved to Scotland as Area Manager of a Menswear Chain.
In 1995 after the death of his first wife he gave up work to care for his 4 Children and went to study Horticulture. Upon graduating and after a few years working for The National Trust for Scotland as a Gardener he gained a position as Head Gardener on a private Estate.
He has been in Broadcasting for well over 40 years part time at weekends at one time, and on Hospital Radio as well as Local Radio. Now retired he lives with his wife Agnes in Fife. Keith still enjoys his broadcasting and produces Here I Am To Worship and a Weekly Country Music Show  on Phoenix Country  Radio.He also enjoys Model Railways and traveling in the couple’s Motorhome.
He has 4 Grandchildren and a Dog called Gigha.  His favourite Genre of music is Country Gospel and for many years he sang in a Male Voice Choir.
Keith and Agnes attend Whytes Causeway Baptist Church in Kirkcaldy.​